Nowadays, all kinds of boxes and smart TVs have become the mainstay of many families. For many users, the greatest benefit of such smart products is to bring more multimedia resources. However, these resources basically only stay at the audiovisual level. For the dream of home entertainment, the box and TV are not enough to support in terms of hardware or expandability.

However, Tencent's miniStation is an exception. This product has been released since last year. It is different from the box in terms of positioning and focuses on a comprehensive entertainment experience. So what is the difference between it and box products? With this problem, we compared the miniStation and LeTV box. 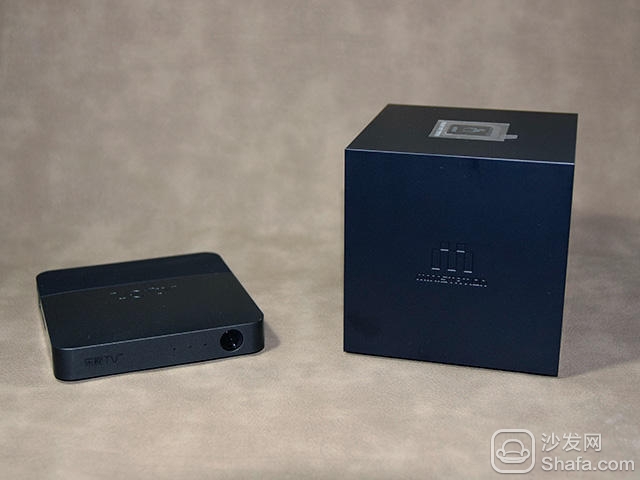 First of all, the appearance of the two products is completely different, the box is very small, and the miniStation is more like a "box". The difference stems from the latter using higher-specification hardware, but there are also design elements. Just turn the miniStation in one direction and you can see the difference between it and the box. 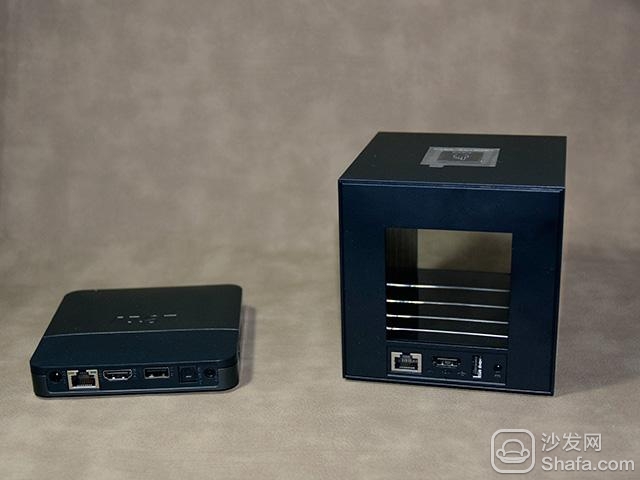 From another point of view, the middle part of the miniStation is hollow, and it has built-in flashing lights that look like a cube after power-on. In the interface section, the two products are very similar. The basic USB, HDMI, and RJ-45 network interfaces are all available. However, there is an SD card slot on the side of the LeEr box, which is more scalable. 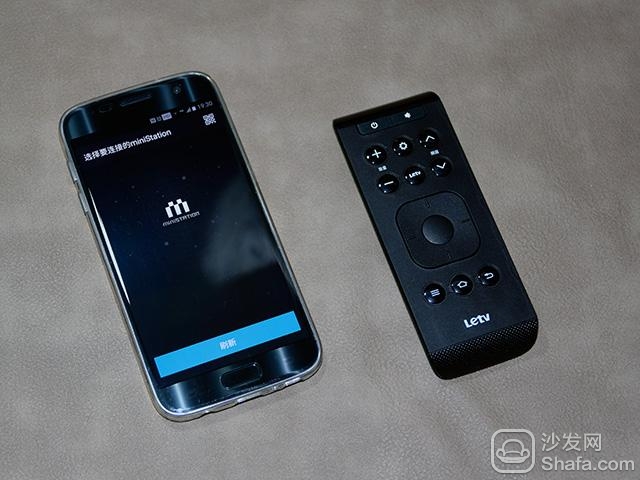 The operation of the two products is also completely different. The miniStation is based on mobile phones to operate, a new control experience, very good to use. LeTV uses a remote control, which is also a traditional TV style. Remote control is also the choice of most boxes. In terms of specifications, the gap between the two types of products is even greater: 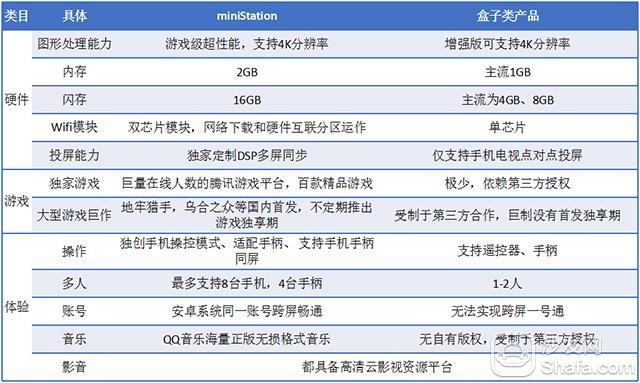 From the comparison, it is easy to see that, compared to the traditional box, the miniStation has stronger hardware performance, and the external smart devices that are adapted are more abundant. Tencent itself has a lot of content resources, so it provides new and entertaining entertainment resources. 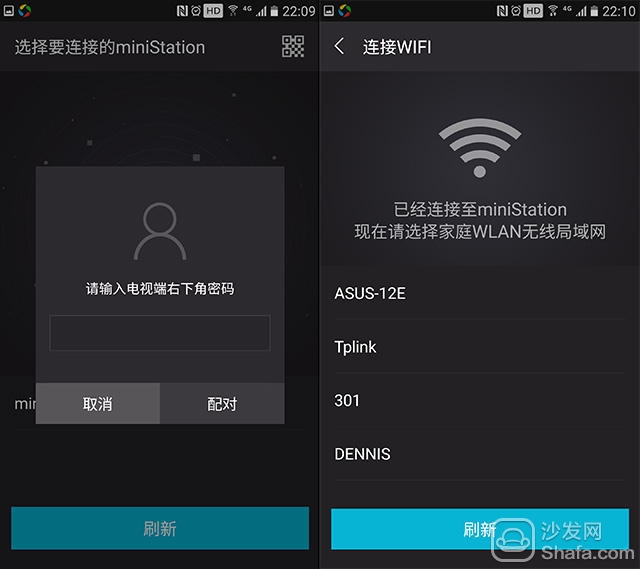 There are differences in the use of the two products. The miniStation provides a mobile terminal APP to download and connect, and allows the device to access the network through mobile phone control. At the same time, in use, the mobile phone has to carry out all-round manipulation of the box, no other equipment, and it supports the access of up to 8 mobile phones, one is convenient for all family members to use, the second is to facilitate everyone to network games. 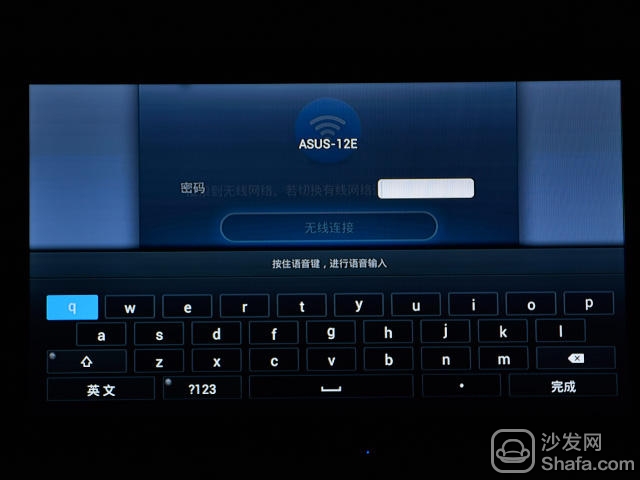 The LeTV box adopts the traditional conventional operation mode, and is set with the physical buttons of the remote control. A virtual full keyboard appears on the screen. At this point, friends who use the box product should all be familiar with it. Disadvantages We all understand that there are many keystrokes and the keystroke process is longer. It is not as fast as a direct keystroke on a mobile phone. 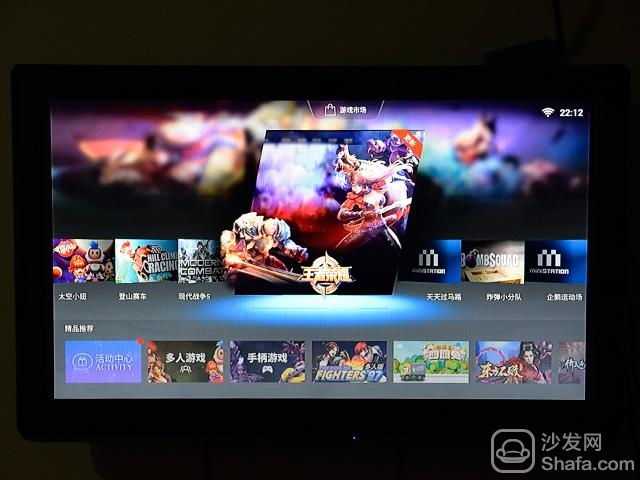 The miniStation's main interface shows a large number of games, making people feel like a gaming machine, but in fact it just does not distinguish APP by function, such as Penguin TV, QQ music are also tied with the game in the same level menu. It is actually more suitable for users who love to play games or younger generations. 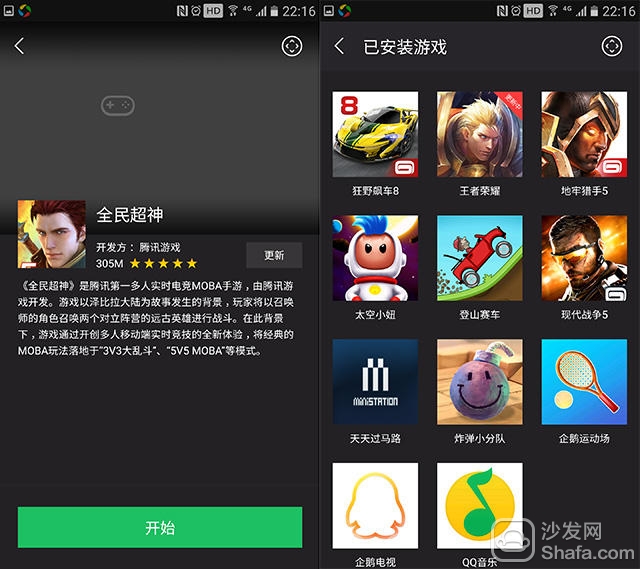 Through the mobile phone, the installed APP can be managed and the status of each APP can be known. But the strange thing about miniStation is that it doesn't emphasize that they are APPs, but they are all described as games. Perhaps the interface on the mobile phone side will need to be further optimized. It may also be that miniStation uses the game as the main game of entertainment in the living room, and more emphasis on the game. Needs, experience. 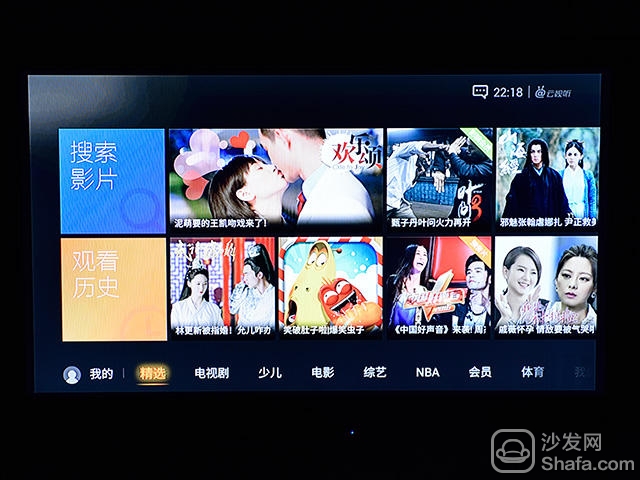 Penguin TV is equivalent to the main interface of the traditional box, where you can see that video resources are very complete. In fact, all video resources are now provided by several designated access providers, and there will not be any major differences between boxes. This is also the common limitation of box products in terms of film and television. 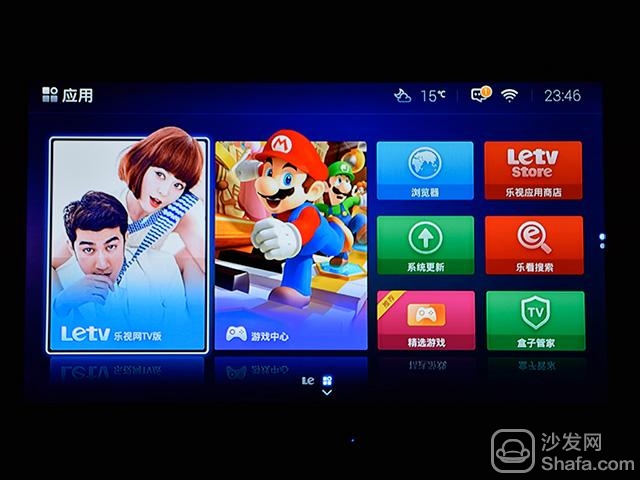 The same is true for LeTV. The interface of LeTV is very common in box-type products. Now, the homogenization of boxes is very obvious. 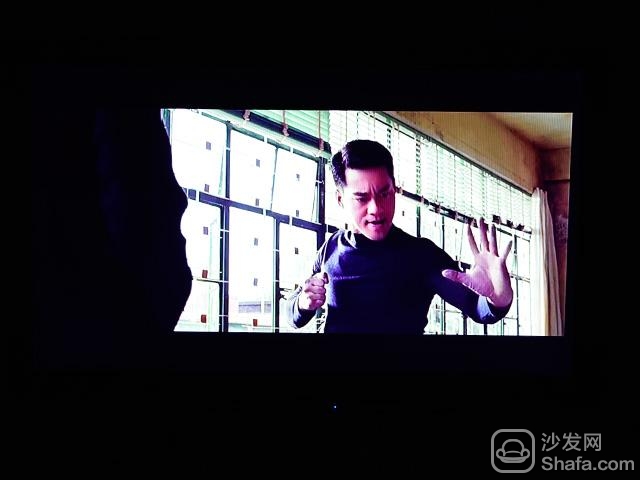 For example, both the miniStation and the LeTV box provide Yeh 3, which is completely different. The differentiation of film and television resources is very small. The only difference is that there is a slight difference between different box fees, but the difference is also small enough to be ignored. 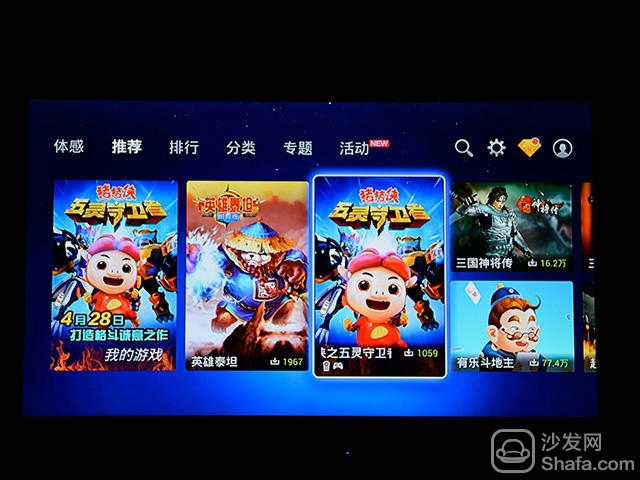 In addition to film and television resources, LeTV also uses third parties to provide some games, but the game quality is uneven and there are more restrictions. 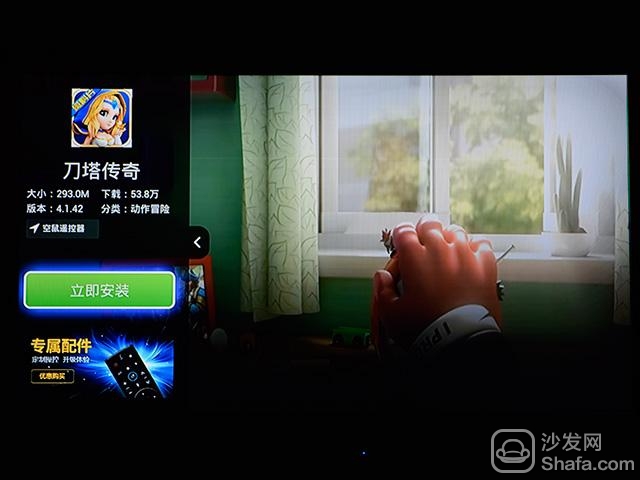 For example, if you install the turret legend from LeTV, you will find that you cannot play it directly. You need a special remote controller called "Air Rat Remote Control." After actual experience, music as a box of the game some ordinary remote control can play, and some need to empty mouse remote control, and some need a dedicated handle, and some even need a keyboard and mouse, in short, can still play a direct few. This is also a common phenomenon in current box products. If the home does not have a handle or a specific remote control, the average player will not be able to get started, and even have to pay extra to purchase. This is a threshold. 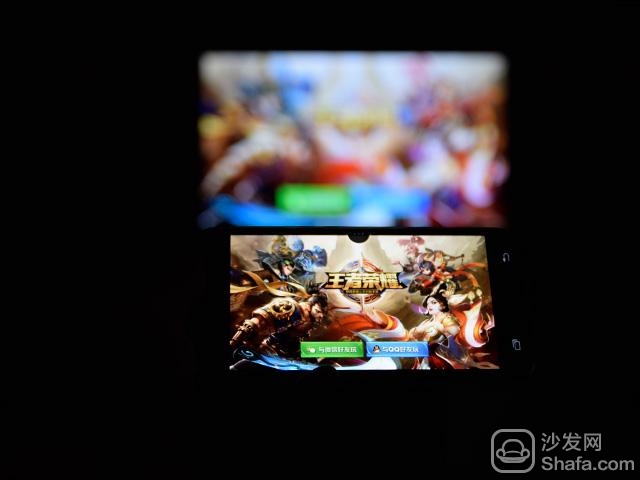 For the miniStation, the remote control is a mobile phone, so there are no obstacles in the game, plus a large number of games that have been pre-installed, such as the king of glory, wild car, cool run, etc. are already pre-installed in it, but also support Wechat login. Many Tencent agents or Tencent's own games have provided miniStation versions. Everyone has a mobile phone era, even if there are more friends in the family do not have to worry about, ready to take out the phone can connect the device. 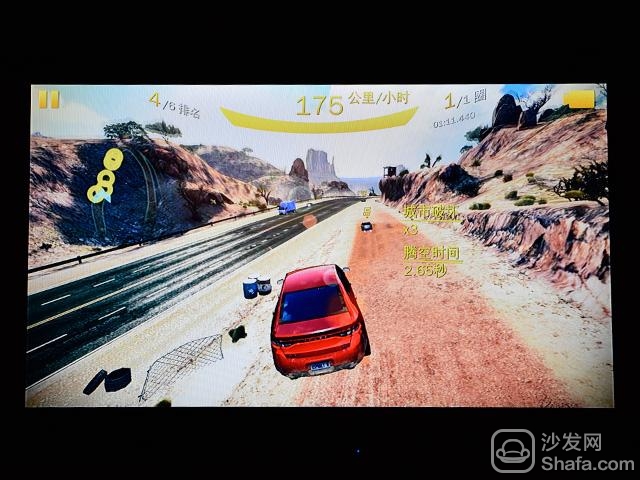 In addition, similar wild ride this game, but also directly to the phone's gyroscope, support somatosensory operation, which is completely unachievable ordinary game handle, and the new handle is relatively high price, mobile phone operation is equivalent to save the user a No small expenses.

However, if you have a handle at home, it will bring different pleasures. The miniStation supports up to 8 mobile phones and 4 handles to access, so that everyone can use a TV to play games, entertainment functions are more powerful, and no cards, this is the key problem solved by this device. The miniStation offers several multiplayer games such as bomb squads. The era of multiplayer and offline entertainment has returned, and I think it will be a new choice for future gatherings. In reality, there are also many young family of three who choose this product. Is one of the entertainment methods of the father and son a big screen? Let people look forward to. 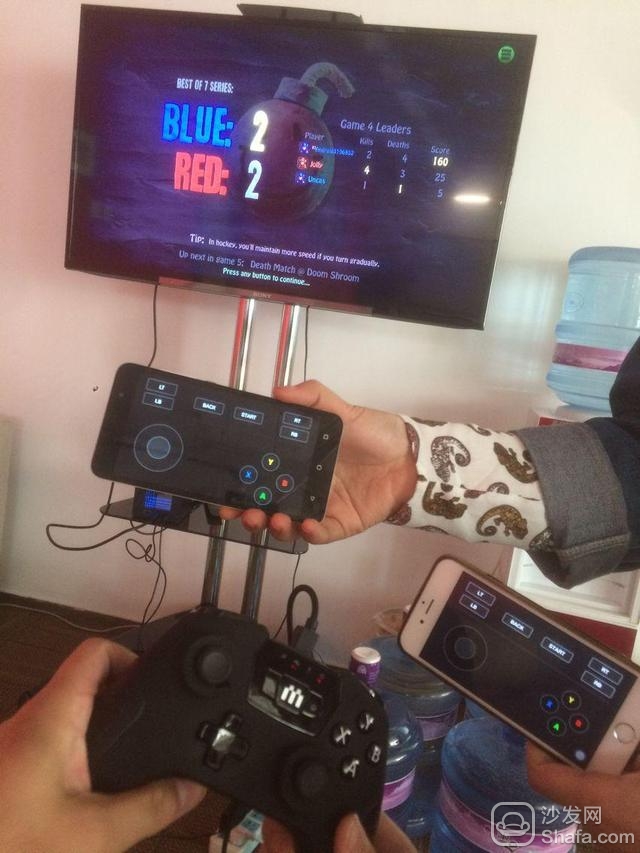 Judges like to play chess games like Mahjong. One common feature of these types of games is that they require more money than other games. 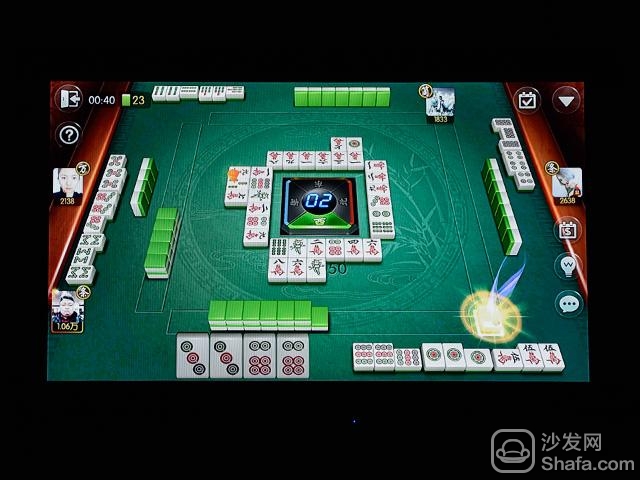 The game on the mobile phone can directly call out the recharge interface. Will it be inconvenient to become a video game? The answer is no, TV is equally handy! Recharging on miniStation can also be done very conveniently: 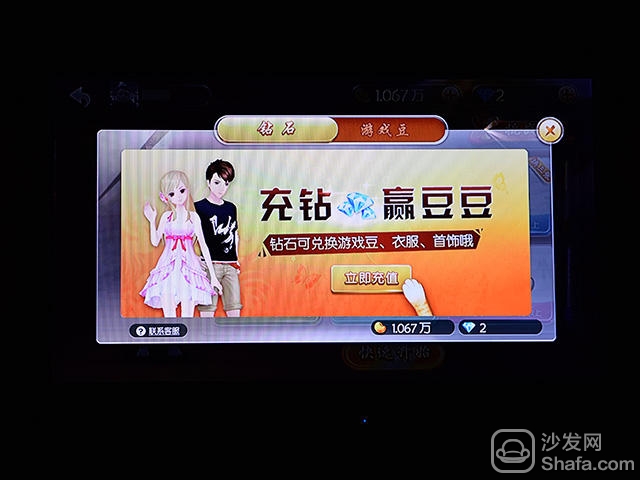 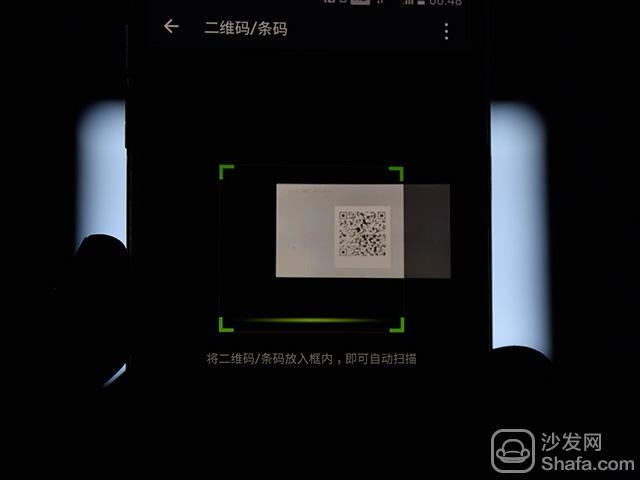 When the recharge amount is selected, the QR code will pop up on the screen, and the mobile phone will automatically switch to WeChat. Once you use the scan function to read the QR code on the screen, you can easily complete the recharge. This is based on Tencent's own social and payment platform advantages, while other box products rely on more third-party payment platforms, and the security and convenience are not so good.


As for the other major function of the game, the Sun results are also effortless on the miniStation. Just click on Share to automatically send screenshots to WeChat: 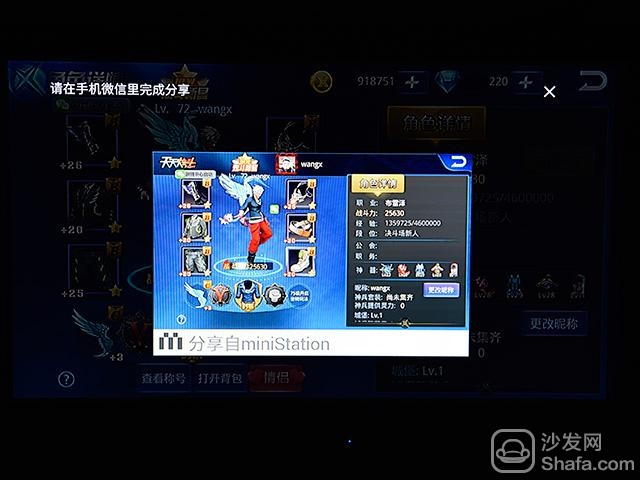 Compared to the box, miniStation is not a simple upgrade, but a new living room entertainment environment is built on a better hardware platform to bring more fun. This entertainment environment has content, games, interactions based on the living room, and Internet-based interactions, which can bring fun without making the user a descendant. The traditional TV box is just one of the many functions of the miniStation. When the TV box is still providing one-way, on-demand content to the user, the miniStation brings more extensive interaction.

Then the question is, if it is only allowed to stay in the living room, who is more suitable? The box with relatively simple functions is very small for miniStation. At present, the competition in the living room is fiercer than the user level at the industry level. It is also a good thing for the user to see who is more in line with the future trend, who is a tasteless, and better choose the products he needs.