Tencent Technology News May 15 news, according to foreign reports, for users who are worried about the theft of identity information, there is a good news here, there is also a bad news. The good news is that the traditional password encryption system is ready to exit the stage of history. Because it is easily cracked by hackers, it leads to frequent data intrusion events. 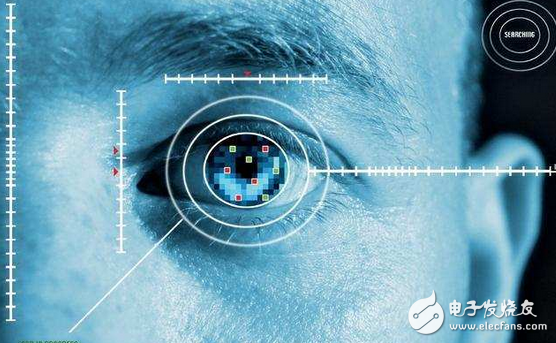 However, the bad news is that there is also a big security risk in biometric security systems that are about to replace traditional passwords.

The biometric security system is designed to allow users to prove their identity using obvious physical characteristics such as fingerprints, irises or heart rate. This feature is common in many current devices. For example, the Apple iPhone allows users to authorize a payment activity by fingerprinting.

The benefit of biometric security features is that these physical features are difficult to replicate and users don't bother to remember them. This is in stark contrast to traditional password encryption methods. Hackers can easily crack passwords because many users are still using very simple passwords, such as "12345", and because hackers borrow powerful computers to guess and test passwords.

Worse, it is a permanent hazard after the theft of biological data. After the data is stolen, you can change your password, but you can't change your fingerprint.

Now, more and more organizations, including companies and government agencies, are building employee biometric databases to make it easier to identify them. However, such a database puts employees at great risk because these databases are at risk of being stolen by hackers.

According to a recent report by PricewaterhouseCoopers, different countries have very different privacy laws for the collection and dissemination of biological data. Any company that owns this dataâ€”whether directly owned or indirectly through a third-party cloud computing service providerâ€”is equivalent to walking into a â€œminefieldâ€: if it is found to be improperly used, or The data was stolen by hackers, and then these companies will be prosecuted by law, causing endless troubles for themselves.

However, these risks of biometric security systems are not unpredictable. Nowadays, people are increasingly aware that the company's way to protect employee biometric data is to not hold these sensitive information in the first place. PwC's report suggests that companies should keep these biometric data only on the user's own device, rather than centrally storing it on the company's servers.

In practice, a user can save one or more biometrics (such as thumbprint and voice information) to a person's cell phone or computer. Then, when the user processes the business on a third party service such as a PayPal payment service or other website, the service or website exchanges confirmation information with his or her personal device to confirm the identity.

For example, Apple Pay, the Apple payment service on the iPhone, works like this. Apple does not actually send a copy of the user's thumb to the merchant. Instead, it only provides a one-time confirmation to authorize the payment. A similar payment authentication authorization method has been standardized by the FIDO protocol. The FIDO Agreement is a security agreement signed between equipment manufacturers and companies in the technology and financial industries.

As governments and companies begin to adopt biometric security systems, they should at least resist the temptation to keep employee biometric data in a consolidated database, thereby avoiding employees being exposed to greater risks than traditional passwords.