The sensational effect of the phenomenon-level AR mobile game "PokÃ©mon GO" in 2016 attracted the attention of domestic game practitioners and players. Some people think that the core game AR+LBS of "PokÃ©mon GO" will give The new vitality of the Chinese game market. In this regard, the State Administration of Radio, Film and Television also expressed its views.

Recently, the State Administration of Radio, Film and Television said that from the performance and social reflection of related games in overseas markets, such games using a large number of new technologies and innovative applications have certain implications for the development of game technology.

At the same time, the State Administration of Radio, Film and Television also stressed that such games have large social risks in their operations, such as geographic information security threats, social traffic security threats, and threats to consumers' personal safety. From these aspects, the SARFT is conducting safety assessments with relevant departments. Prior to this, AR + LBS games will not be accepted. 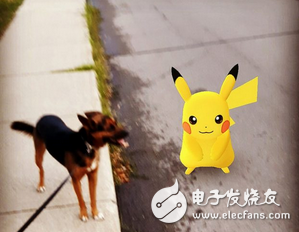 The SARFT recommends that domestic game companies â€œcarefully considerâ€ when developing, introducing and operating such games.

In fact, while the "PokÃ©mon Go" is a popular mobile game, it has also caused a lot of security problems. For example, "PokÃ©mon Go" was launched in Japan for one month, causing 79 traffic accidents. In November 2016, a player played a game while driving, causing two passers-by to die.

Therefore, the State Administration of Radio, Film and Television remains cautious and conducts security assessments of AR + LBS games, which is beyond reproach.